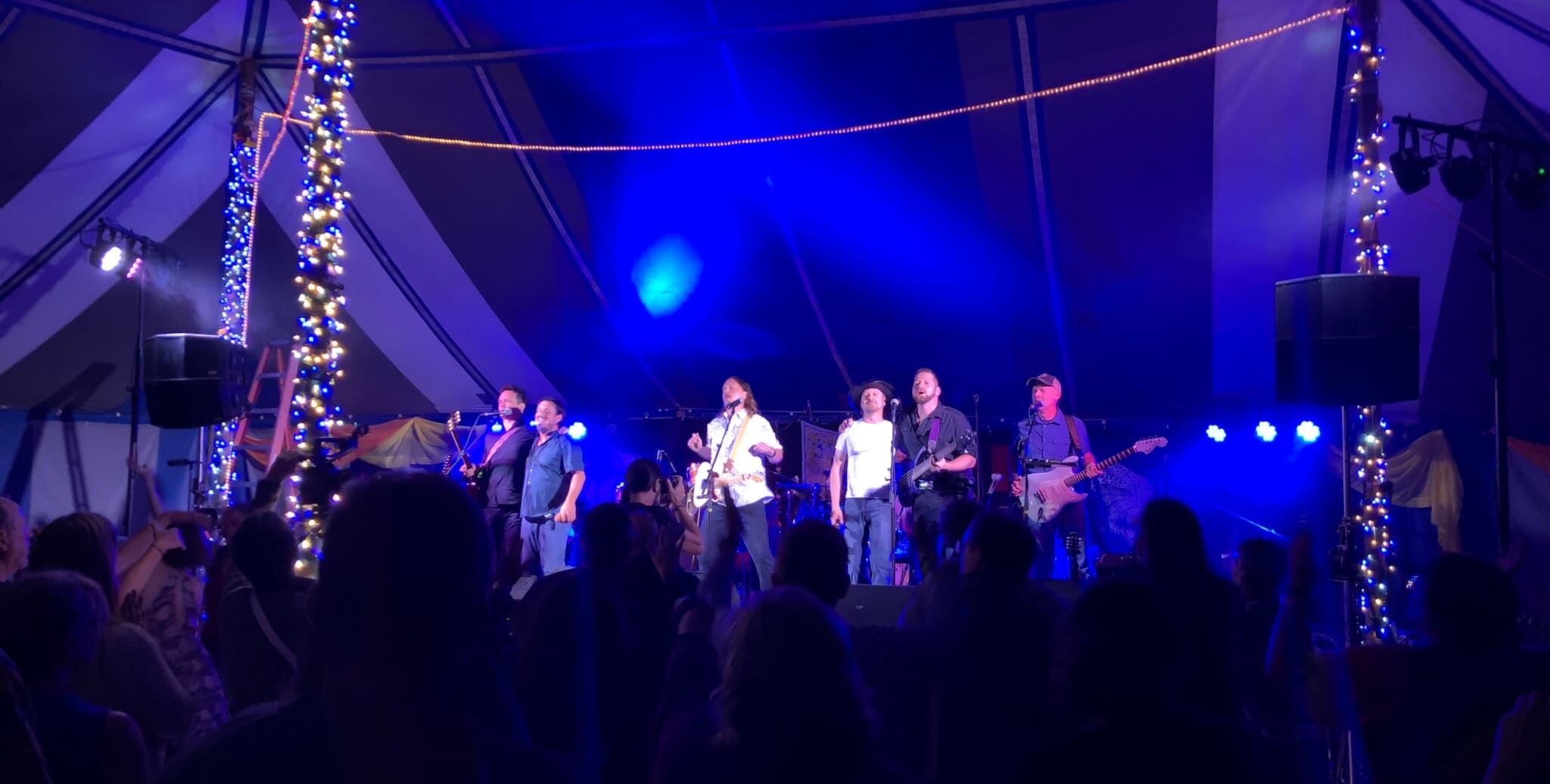 Freshly back from The Great Rhythm Revival,  the Sun King Warriors return to The Center Of Harmony !

Released early 2016, Donovan’s debut album entitled ‘Sun King Warriors’ gained critical national acclaim and wide non-commercial and AAA radio play. The Washington Times calls it “One of the most eclectic and exciting discs to come out in some time” while Relix magazine says: “Donovan channels unabashed enthusiasm into a series of songs that are both rowdy and rejuvenating”. Sun King Warriors can be best described as a mix of Americana rock, with a strong dose of tribal style drumming. Think Led Zeppelin III & IV mixed with Rusted Root’s “When I Woke” era rhythmic intensity, and the authentic vocal emotion of Mumford & Sons.

Donovan’s single “Olalala” garnered radio play at over 72 stations throughout the US and Canada this past summer and charted for several months on Billboard’s Americana chart. The song reached #1 on two stations for multiple weeks, landed at Top 5 on 13 stations and Top 20 on 22 stations. Donovan plans to record the follow up in early 2017 in Pittsburgh. Learn more: SunKingWarriors.com