WHAT IS LYME DISEASE?

Lyme disease is a bacterial infection transmitted to humans primarily through the bites of infected deer ticks. It is the fastest growing vector-borne infectious disease in the United States according to the CDC.

Over the last five years PA ranked first for reported cases in the U.S.A. The PA Department of Health reports that there were 5758 confirmed and probable cases of Lyme in 2013 with 7,400 cases, a 25% increase, in 2014.

Learn how to prevent tick bites and Lyme/tick-borne diseases. Our seminars cover: 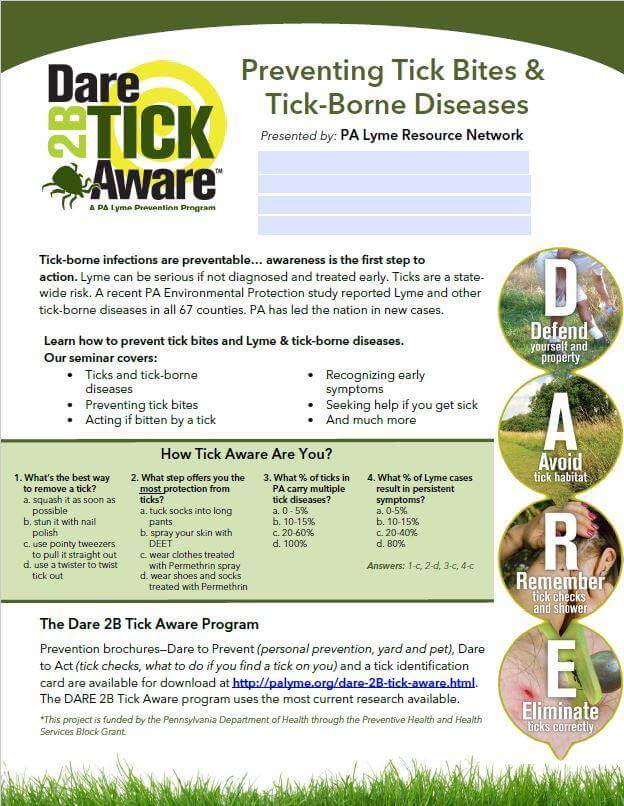